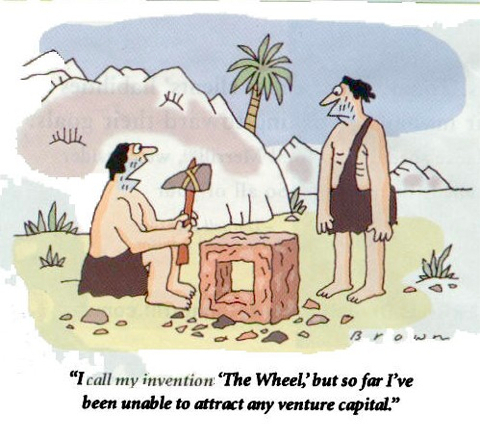 A few months ago, an entrepreneur friend called me up to ask about a meeting he had coming up with a VC.  He had met the partner at a conference, gave him the elevator spiel, and was now asked in to do a pitch.  He hadn't planned on fundraising yet, but now that he had this meeting in 2 weeks, he wanted help getting his pitch together.

I told him to cancel it.

Or at least, change it.  Make sure it's explicitly not a fundraising pitch.  Meet in a coffee shop, tell him you only need advice--do anything except pitch him.  And make sure he knows it's not pitch time.  The beginning of the fundraising needs to be a well orchestrated process.  You want to have already established a list of desired investors. Already have met them and shared your product. Already have built a personal rapport.  And, you want to control the timing of the start.

And we did.  Our first week of fundraising was one of the most intense weeks of my life.  We had on average 5 pitches a day up and down Sand Hill Road.  While my co-founder drove between pitches, I would furiously email admins, arranging times and places.  Late into the night we would alter the deck.  It was absolute insanity.  In many way, we would have performed better if we had gone slower and given ourselves time to breath.

That would have been a mistake though.  Doing a lot of investor pitches all in a row accomplished several important things for us:

We were substantially changing the deck everyday, often times several times per day.  Every time, we got a new question, we built an appendix slide to answer it. Every time we got stuck in the flow of the pitch, we were able to alter the deck to flow better the next time.

By the third day, the pitch just rolled off my tongue.  My co-founder and I had a give-and-take by that point that was just seamless.  When an investor had a nuanced question about the data inputs in our algorithm, I could skip to appendix slide 49 without looking down.  That level of conformability meant that I could spend more of our time and energy focusing on the investor and his decision making process than my own nervousness.

Investors talk to each other.  A lot.  Especially if you're raising in Silicon Valley, you should expect that every investor that is meeting with you has already talked to a bunch of others or will as soon as you leave.  Most investors rely on social proof as part of their filtering mechanism.  You don't want an investor to call up his friends, mention that he talked to you, and find that he's the only one.  That's a clear indication that you're not going to be 'hot' deal.  Investors all want to be one step ahead of each other, but they rarely want to be more than one step ahead.

Especially if you're raising a multi-angel seed round, you'll most likely be building a syndicate.  When you stack your pitches, you get all the balls in motion at once. As other investors learn that their friends are negotiating term sheets or signing convertible notes, it becomes easier to bring them in on the deal.

You want your investors to make quick decisions.  If you give them months to analyze your startup, than they will find something wrong.  Don't take it too far though.  If your round is overhyped and you rush the investors, than you'll be stuck with a bunch of people you don't really know and that aren't fully on board with your vision.

You want the whole fundraising process to take as little time as possible.  Several weeks for angel rounds and no more than a couple of months for VC rounds.  Most importantly, you desperately need to get back to your product and to your users.  Additionally, you need to be very careful that you don't become a shopped plan.  A shopped plan happens when you fundraise too long (usually 8+ weeks).  Investors hear that you've been out for awhile and start to wonder why no one else has bitten.  The lack of fundraising success itself becomes the reason that they won't invest.

All this means, that you should have a definitive 'start' to your fundraising process. And when you hit day one, it should be the beginning of busiest week of your life.   Done right, you'll meet with fabulous people who will all be rooting for your success, regardless of whether they choose to invest.  With awesome planning and a bit of luck, you'll have great options for investors that will be with you for the life of your company and probably your career.  Treat the experience with the respect it demands and do your homework far in advance.

******************
I'm Jason Freedman.  I co-founded FlightCaster.
You can find me on Twitter: @JasonFreedman.
You can send me a Linkedin request or become my bff on Facebook