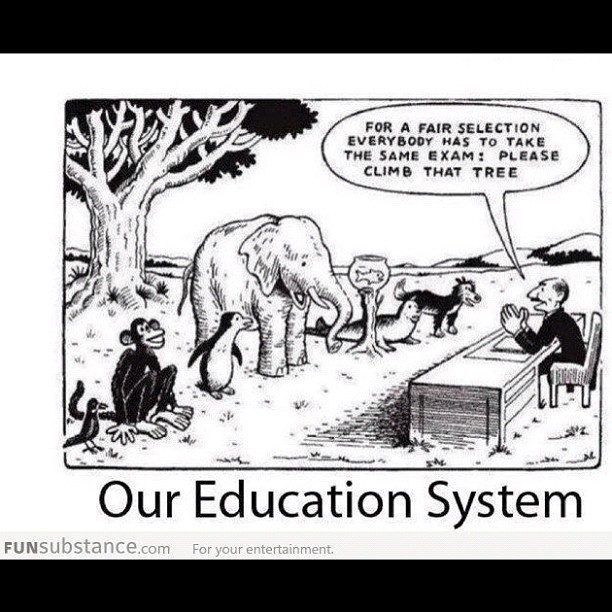 I spent this past week in Colorado studying for the Colorado Broker’s Exam. One of the little fun facts about running a commercial real estate website is that we have to be licensed in every state in order to receive referral fees.   So here I am in Colorado, studying away.

I signed up for one of these exam prep courses where a teacher goes through the material. Back in the classroom.  It seemed like the best way to prepare.

Forty five minutes into the class, I packed up my stuff and walked out.

I felt bad. I knew it was rude, but I just couldn't help it. Being in a classroom brought back so many terrible memories. And I’m not 16 years old anymore; I don’t have to sit in class trying to learn in a way that doesn't work for me.  So I apologized profusely, took the course materials I had already paid for and went to Panera Bread where I camped out at a table for the next four days straight.

I opened the text book to start working my way through the material, but again I felt all of this pain. I just couldn't stay focused on a book full of materials. I learn through application. I have to be doing something.

So I went scouring the internet and found a bunch of websites that claim to teach the Colorado broker exam material.

One was video based – this was really just like an online version of the classroom. Though it did have the nice advantage that I could speed up the pace of the video and fast forward through parts I already knew.

One of the nicer ones involved an adaptive curriculum. It had me take a pretest to determine my weaknesses and then tailored the content I should work on based on plugging my biggest holes.   It gave me the option of jumping right into tests or studying the text of the material first.  I found that I usually would take the text outright even if I’d never seen the material before.  There is something engaging about seeing the outcome firsthand even if I was struggling.  It made the hours of preparation that followed far more focused.

One site had a really well done community feature. Whenever I got stuck, I could search for other people that had the same questions.  I realized that the act of acting questions is one of the many things that had pissed me off about being in a classroom setting.  Why should I have to listen to every single person’s question?  On an internet course, I can search for only the questions that are pertinent to me and skip the rest.

Another great aspect of this was that I got to study at my own pace.  Because I wasn't in a classroom environment I didn't have to go the speed of the lowest common denominator.  I found the math part really intuitive and skipped a lot of the extra examples and explanations.  But the vocab was initially really demanding, so I slowed everything down so that I could understand each piece.

I feel a little guilty saying this – but, I love not having to deal with a teacher.  While I have had some truly great teachers in my life, far too many of them have been consumed by control issues.  Without the need to impress a teacher by doing as he says, I was freed to just engage with the material directly.  I don’t really know what to make about that part.  I definitely missed out on something by not having access to a great teacher, but I don’t regret at all being able to avoid interacting with a simply average teacher.  Maybe the take-away is I loved not having obedience being a part of my learning experience.

The same should also be said for not having a relationship with my classmates. I did all of the studying alone. There is definitely something I missed by not being able to engage and share with them other than through the forums.  But for a single educational goal like this, it made sense to focus on doing what would be most effective.

I bring all of this up because I've been thinking a lot about our broken education system and what we as a tech community are doing about it. I’m pre-occupied by commercial real estate right now.  But I’d be willing to bet that the negative experience I just shared about traditional classroom settings struck a chord with many of you.  A good number of us just don’t do well in these traditional settings.

Over the past few years, we've had a new wave of education-oriented startups.  A bunch of them have focused on coding. It makes sense. Entrepreneurs are building the teaching methods the way they would have wanted it: Codeacademy, Udemy, Treehouse,Code.org, Tynker, etc. – tons of innovation going on there with adaptive software, games, leaderboards, collaborative forums.

And perhaps the most interesting example I’ve heard of recently is an online school created by The University of Southern New Hampshire called College for America. My old cofounder from OpenVote, Colin Van Ostern, just joined the team as their head of marketing. They’re making it easy for workers to receive certification in various job skills, like for instance, the  McDonald’s cashier who wants to study to become a manager.  And they’re doing it online with the principles of meritocracy not obedience at the center so students can progress at any speed that they want and are measured purely on their mastery of the material.

I’ll almost make a plug for Imagine K12 which is kind of like YCombinator but for education oriented startups. In fact, the YC partners helped ImagineK12 get off the ground.

If I were doing a startup in the educational space, I would start there.

Finally, a broad ‘Thank You’ to all of you who are doing interesting things in education. I don’t think the negative experiences that many of us had in the classroom setting are inevitable. Like anything we do, we have the ability to change the world into something that’s simpler, more user-friendly.  And nothing needs it more than our educational system.

If you’re doing something cool in education, please let me know.  I’ll do anything I can to help.