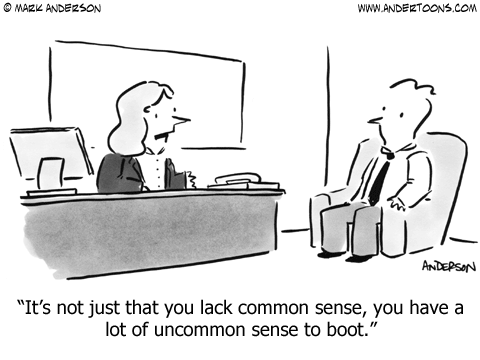 I had a really interesting conversation with an entrepreneur last week. He is the brother of a friend who wanted to talk about his world-changing idea.  It was so world-changing in fact that he didn’t want to tell it to me without me first signing an NDA.  I gave him myusual spiel about what type of advice startups in stealth mode really need.  Usually at this point I would just politely decline to engage further.

There’s nothing I can offer to someone who is so antiquated in their thinking that they still hold onto the misguided belief that an NDA will protect them. As I said, usually I just politely pass them on, but this time I was dealing with the brother of a close friend.  There was no way for me to easily extricate myself.

He’s a lawyer by trade, so he was more argumentative than most and forced me to defend my opinion on why he should be sharing his ideas freely instead of requiring NDAs.  And the conversation on NDAs turned into he and I disputing other startup philosophies I hold dear.

We talked about launching fast; but he believed in taking his time and making sure he got it right.  We talked about forgetting about scaling until product market fit had been validated; but he knew it was the right product and wanted to scale from the beginning.

And so this conversation went on and on.  And I started to actually enjoy it because this guy was forcing me to find the words to explain these beliefs that most of us in the HN community hold as unquestioned truisms in 2013.  And as the conversation developed, it was also interesting that in almost every case his intuition was leading him towards the exact opposite approach.

There is something about how to do a startup in 2013 that is 180 degrees different from what an intelligent, thoughtful outside observer will intuitively do using their own common sense.  And so, given that I was speaking to a trained lawyer, we started to get fairly abstract.  Here was our little exchange:

Me:  What is the basis by which you are forming your opinions?

Him:  What do you mean the basis?

Me:  I mean, you have very strong opinions about each of these activities even though you’ve never done a startup before.

Him:  I’m using my common sense.  I think through each problem and come up with a solution that makes the most sense to me.

Me:  What if I could prove to you that your startup common sense was categorically wrong?

And then, finally, for the first time in 45 minutes, there was silence on the phone.   For me to prove to him that his common sense in this particular subject was categorically wrong would mean that he couldn’t trust his own mind.  It would mean that his most relied upon tool would be of no use to him.  It’s a terrifying thought.

I know this terror.  In my first startup, my trusted common sense failed me miserably.  I look back on that time and can finally laugh about how awful I performed.  I was so sure of myself.  And yet, I was always so wrong.  I didn’t just come up short, I did everything as if failure was actually my goal.  How could I be so naive?  Or more accurately, how could my intuition be so backwards?

After that failure, I fortunately got into Y Combinator.  And man, YC will get you turned around quickly.  They tore my previously held beliefs to shreds.  It was really tough.

Our lawyer friend here was only reacting to the world of startups that he knew.  He only knew about them after they had been successful.  And when you’re reading about successful startups in Forbes or BusinessWeek, you have a very different conception of what it takes to get one started – a conception so flawed that it will actually lead you to have perfectly incorrect common sense.  That is how I emerged from business school, having only learned about startups through case examples that suffered from a bit too much hindsight.

If you do indeed find that your common sense needs some adjusting, I’ve got a few suggestions.

Tips to reprogram your common sense

Get a great advisor

The very best advisor you could have is someone who has successfully done what you are trying to do and is only 18 months ahead of you.  Not some industry superstar.  Not a famously successful entrepreneur.  Not an investor.  The best pure advisor is a fellow entrepreneur who is just a little bit farther down the road because they are the ones who have only recently gone through the epiphanies that you are currently in search of.

You not only need to read a few books, you need to make sure you read the right ones. I have six specific books that I recommend every entrepreneur read before they get too deep into their startup.  These books are not only helpful, they are also paradigm shifting and you can read them quickly and know that you are on the right path.

Originally, I put here “stay current with blogs,” but the problem with blogs in general is that you don’t know which ones are good and which ones aren’t.  Hacker News is the best community out there for getting a daily curated reading list.  And if you’re not technical, read it anyway; there will be plenty of posts that are relevant to you and can help guide your personal startup education.

Get into an accelerator

Whether it’s YCombinator or 500 Startups or Tech Stars, accelerators are right now the single best way to get your startup started on the right foot.  Not only will you benefit from the advice, you’ll also feel the pressure of keeping up with your peers.  If you can’t get into a top tier accelerator, act as if you did anyways.

Launch your product and talk to users

I probably should have put this sequentially number one because launching is the single best educator.  But I also know that many of you will choose to do absolutely everything possible to avoid launching your product. I know how scary it is to launch your product.  In fact, you should launch your product as early as possible to the point that you are thoroughly embarrassed by its quality so that you can start learning from your users much, much earlier.

If you’re getting the wrong type of advice, you need to stop it.   The worst advice is never maliciously wrong.  That’s would be easy to spot and avoid.  The worst advice is the advice that is outdated.  Successful people and big company people are especially prone to outdated advice.  What worked in 1998 will not be relevant to your 2 person startup in 2013.

The first step to recovery is admitting you have a problem.  As a fellow confident, stubborn asshole that thinks he’s always right, I know this won’t be easy.  My advisors ripped apart many of my strongest held beliefs.  And I can’t thank them enough.
Discuss on Hacker News.