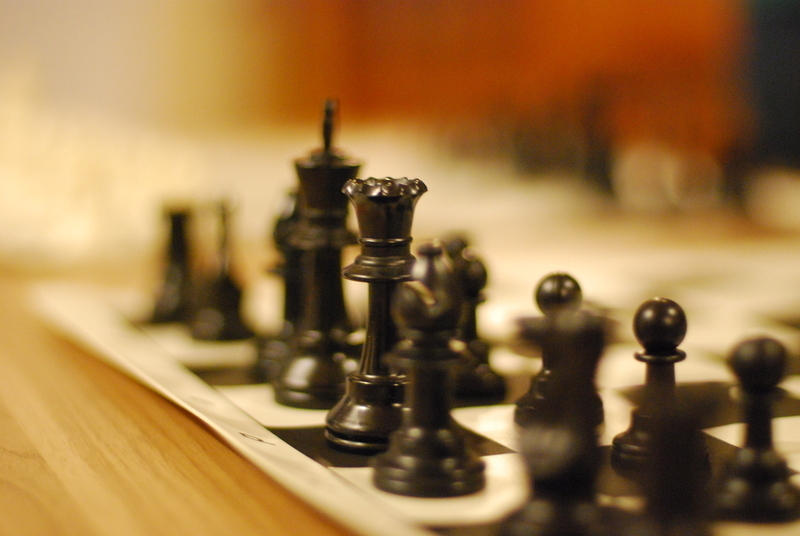 Once we’re in the zone we get incredible amounts of work done.  We have the ability to be far more productive than an ordinary company because we’re a startup.  And overall we’re pretty good about getting into the zone, but there are still those times when we can’t seem to focus.

So we’ve discovered a way to restore focus when we lose it in the middle of the day.  It’s really cool and it’s a lot of fun, and I thought I’d share it with you all.

Sometime around 2pm, in that post-lunch lull of the day, it just gets hard to reengage and I start spending a bit too much time on Hacker News and Reddit.  The problem with that is that my mind actually glazes over a little bit as I read and it actually becomes harder to refocus and produce again.

So back in November, I told you all about Bughouse, this phenomenal variation of chess that we learned from the Dropbox guys.  If you remember, it’s a team-based chess where as you win pieces from your opponent, you give those pieces to your teammate and then play them on their board.  It’s really, really fun.

At 42Floors, we discovered that we can actually play Bughouse one-on-one.  So, picture this—two boards, two different timers, one person playing each board against the other person.  Win on either board or have your opponent time-out on either board, and you win.  We play with either five or ten minutes a side. It’s really fun.

Okay, so I hesitate in posting this video at all, but I kind of thought that you need to see it to believe it.  So here it is, a full game of singles Bughouse:

At some point soon, we’ll host a Bughouse Tournament in the Bay Area and get you all to play.  So go out, buy your boards and timers, and start practicing.  42Floors Sponsored Bughouse Tournament is coming to SF soon! If you're interested in hearing more about it, sign up here.