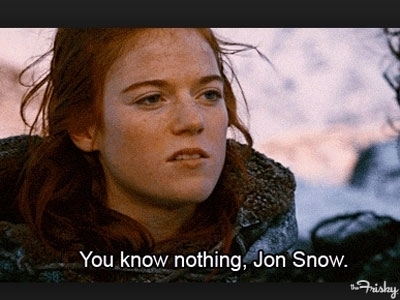 I wanted to share an interesting conversation I had with Kiran Divvela back when he was still interviewing.

Kiran runs all of our data supply chain activities. He’s one of those rare types that communicates well, has solid management skills, is fluent technically, and was a perfect startup culture fit.  We knew we had to have him.

But Kiran was one of our toughest hires.  We knew he had options.  We thought that we were in the lead for him culture-fit wise.  The big question left for Kiran was learning enough about our industry since commercial real estate was new to him. He needed to truly believe he was going to be part of building a big company.

After we made him the offer, I made myself available to talk through any questions he had.  It was like fundraising due diligence all over again. We went through the deck, and I showed him our short, medium and long terms plans. We went on long walks where we talked about each piece of our strategic plan.

One moment has stuck in my mind.  He was asking me how we were going to keep our data updated once we were at scale.  It was an important question. If you fail at it, users have the worst experience possible, calling on listings that actually aren’t available.  If you’re great at it, you become known as the best source of information anywhere and everyone flocks to you.

Kiran would be leading our data efforts and that would include not only acquiring the data but keeping it updated.  At this point, in the young life of our startup, simply getting commercial real estate listings was the most important activity.  Keeping them updated was a challenge I knew was on the horizon but we hadn’t had to deal with it too much yet.  With our small scale at the time, we had been able to solve this problem manually. That wouldn’t really work at scale.  As we walked down the street, doing yet another lap around South Park, I shared a few of my ideas with him.

But they weren’t great ideas.  More like trying to write with a crayon when the rest of our conversation had been written in pen.

Finally I cut myself off and told him flatly, “Look, I don’t really know.”

It was the truth.

Every commercial real estate listings company – actually every real estate tech company, commercial or residential – has struggled to figure out how to keep listings updated. While there are lots of tactics, there is no one true silver bullet. I had lots of ideas I wanted to try. One of the reasons I was so excited to have Kiran on board was that he would be the one who would actually get to try them, as well as come up with tons of new ideas.  But at this moment, the most truthful answer I could give him was, I don’t know.

And he smiled and responded back, “I was waiting for that. I like it when people say I don’t know.”

I burst out laughing.

Kiran explained that he likes it when people say I don’t know because it lends credibility to everything else that they’ve said.  He was already pretty close to making up his mind that he was coming to 42Floors, he just wanted an honest accounting of what we had answers to and what remained as questions.

Ever since that encounter, I’ve tried to pay attention a lot more when people say I don’t know.  We did a whole bunch of Y Combinator mock interviews during the last session. The YC alumni in our company try to offer some time before each batch to work with the people that are preparing.

I found that very few of the startups were willing to use the words I don’t know.  A couple of times a founder was in such a salesy mode that we both knew he was bullshitting his answers, but he refused to show anything other than total confidence.  I just saw it as foolishly naïve.

One startup that got in actually used the words ‘I don’t know’ several times.  The founder was super confident in her product, super confident in her team but had some uncertainties about how she was going to acquire users and didn’t really know how big her market was, both of which were problems she said she would address.  But it was so refreshing to hear her honesty.

I don’t have enough data points to generalize yet, but it seems promising.  If you have the confidence and honesty to say I don’t know, you’re probably going to win over a lot of people.

One place I’ve always struggled to say I don’t know is when talking with engineers about technical stuff beyond my knowledge.  No one wants to look stupid so it’s easier to nod your head when you don’t know what someone is talking about. I realize now it creates the opposite effect.  Every time I appear to understand something I don’t, it just makes me look foolish.

I try now to just simply say that I don’t know and ask people to explain things to me.  Fairly regularly, one of our engineers, Aaron O’Connell, will take time to explain what it is he’s working on. He’s got a Ph.D. in physics and he’s a gifted coder, but he never seems to mind taking the time to explain it to me in a way that I can understand.

I also say I don’t know a ton to my board.  We have super smart guys on our board and nothing gets past them.  Saying I don’t know with them turns a question into a homework assignment.  As long as I follow up with the answer later, they never mind.  And it’s 1000x better than bullshitting a half answer.