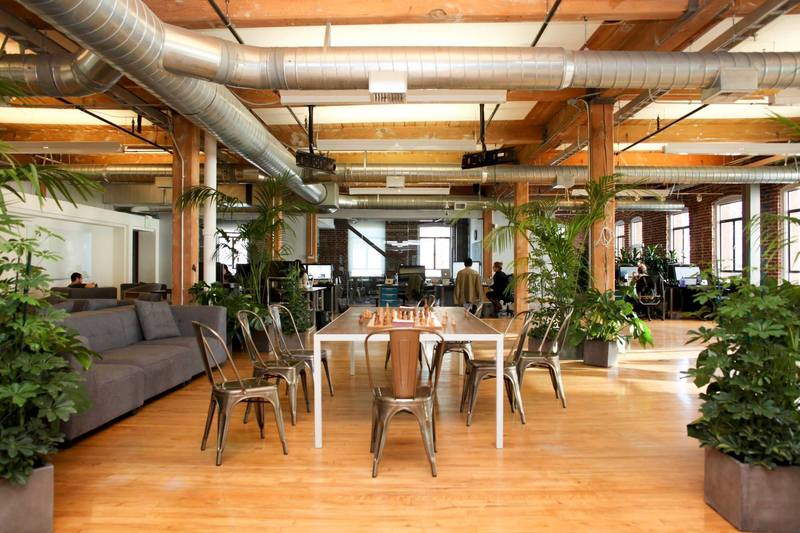 I wrote this post stream of conscious the night we moved into our new office.  Instead of editing it down into my usual bite-size blog post style, I thought I’d share it as is.  It covers a lot of the emotions and thoughts I had, which I hope will be helpful in some way to you.

We just moved into our new office at 501 Folsom Street.  We’re finally home.

As a company that makes it easy to search for commercial real estate, I can tell you that finding this office space wasn’t easy.  Of course we had the benefit of knowing our market really well and it was really fun to eat our own proverbial dog food. But it was still hard.

When we started searching, we were thirteen people so I was looking for a space that would hold fifty.   But when we finally actually moved, we were twenty-four so I wanted a place that would hold eighty.  Our square footage requirement was as low as 5,000 sq. ft. and as high as 20,000.  It changed so often because neither our optimism of our own future nor value in the market ever remained constant.  In general though, it went up.

We ended up with a 15,000 sq. ft. lease that we’re subleasing half of for the next 18 months.  The ability to get a bigger space and sublease out one of the floors made it so we could stay here longer without overpaying so much up front.

We fell in love with three spaces over the course of our search, but this is the one that was right for us. At the point that we came to terms on the offer we still had five weeks of negotiating to hammer out the details of the lease;  during which time almost nothing substantive changed.  And then we had another six weeks to prepare for the move-in, but that was because there was almost no building involved.  We had a little bit of light demo work and we got to keep a lot of the furniture from the previous tenant.

All in all, 7 months from the date we went on our first tour until our moving date.

It was a surreal day walking into our new office. Emily was bouncing up and down in excitement. She was excited about it all weekend. She said it was like waiting for the first day of school.  Funny, I remember feeling very differently about the first day of school, but I know what she meant.  It’s so surreal to walk into a new home.

It’s an incredible space.  Alison did such a good job putting it together.  In the end, we didn’t spend much – a few plants here and there, a bunch of couches to make it feel homey, a dedicated bug-house table taking center stage.

I had a really hard time focusing today. I spent a good chunk of it walking around. Again, just feeling surreal.  I found that I simultaneously just wanted to step back and soak it in yet, also had a need to understand each detail of the space.

For a founder, picking a new office is one of the most concrete measurements of your own faith in your company’s future.  We went from 5,000 sq. ft. to 15,000 sq. ft.  Is it too big? Is it not big enough? We moved five times in 25 months which to me is proof that each time we weren’t optimistic enough.  But the truth is it’s hard to envision your company doubling and doubling again.

When we were four people living in the house in Redwood City with $80,000 in our bank account, it was hard enough to imagine the company doubling in size so we picked a small place that could hold eight.  Months later we were eight people and we had to quickly move so I picked a place that would hold sixteen.  But after six months there, we’d already reached sixteen so we started looking for a new office.

And that’s when it took seven months to find 501 Folsom.  By the time we left, our space designed for sixteen people had desks jammed in everywhere.  Twenty-four desks in 2,500 sqft.  Cozy to say the least.

So is 15,000 sq. ft. too big for us? We figure we can fit up to a hundred people in there. That means that we would have to double and then double again.  FlightCaster, my last company, at its biggest point had thirteen people in it.  So it’s hard for me to imagine what a hundred feels like.  What if our growth slows? What if this is the biggest we get and our monthly rent becomes a drain on the company?  These are the concerns I have.  They probably won’t go away.  It’s just the reality of being a founder.  I don’t think as much about what if we grew too much. That seems like a good problem to have.

I’m writing this post late in the evening on our first day in this new space.  After all this back and forth and searching and concern, I guess the biggest feeling I have is relief.  Everyone is happy here.  They’re going to do their best work. We’re going to succeed big here, or we’re going to fail here.  I don’t miss any of the places we’ve worked at before; they were all truly special. But, those chapters are closed.  This next chapter is the most exciting yet because it’s the one we’re in right now.

It’s moments like this that remind me why we started 42Floors.  If you’ve ever looked at any other commercial real estate website (though I don’t recommend it), you’ll find that they treat commercial real estate like an asset class.  The buildings all have measurements and specifications, short descriptions, typically with a stock photo of the outside of the building.  It made sense because real estate investors care about this stuff and they were the primary users of the data.  But I always knew that a search for an office space was something far more personal. It wasn’t just finding the space that fits at the right price.  It’s not even really the purchase of a product.

The people at 42Floors are my family, and I spend all of my time trying to support them and help them achieve great things.  They’ve chosen to make their job a significant part of their life.  So I don’t want this to be an office.  I want this to be a home.

At 9:00 p.m. tonight the office is still 3/4 full, leftover Thai food in the kitchen, a few people still working at their desks, and others playing board games, friends and girlfriends coming over.  I can  rest easy. We’re finally home. 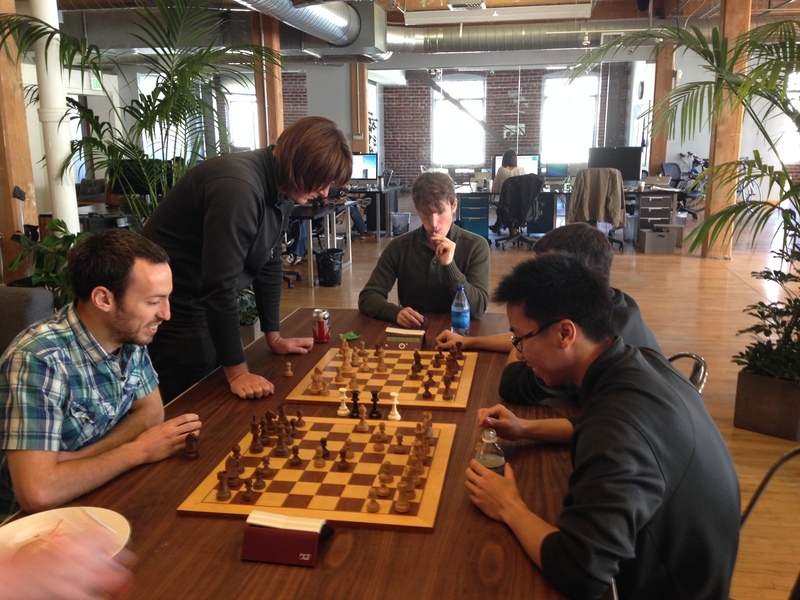 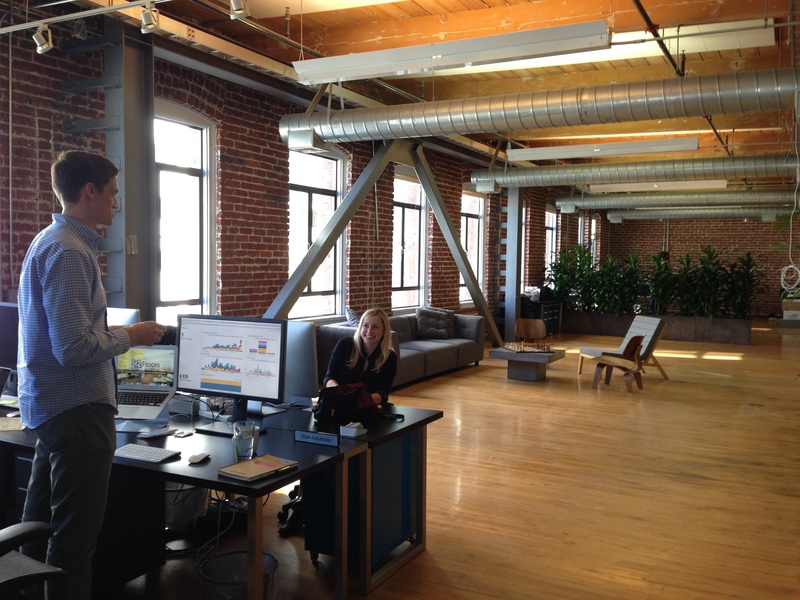 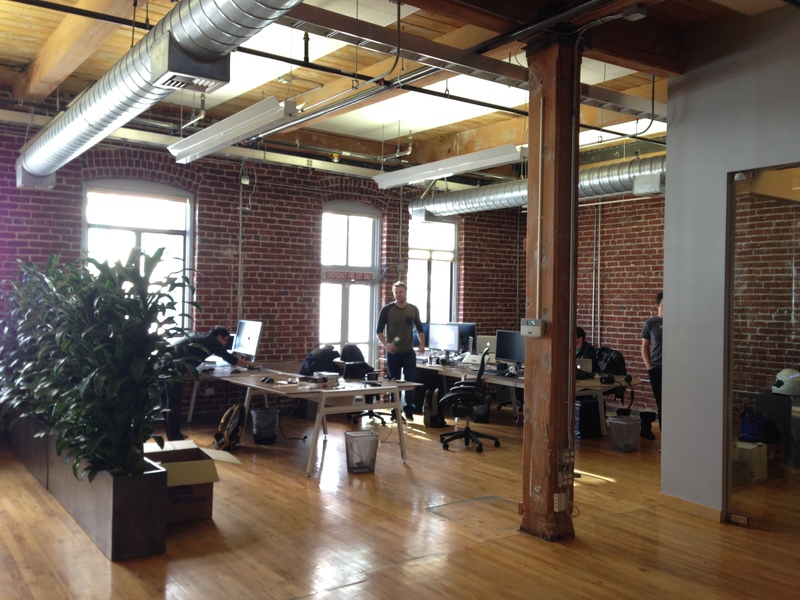 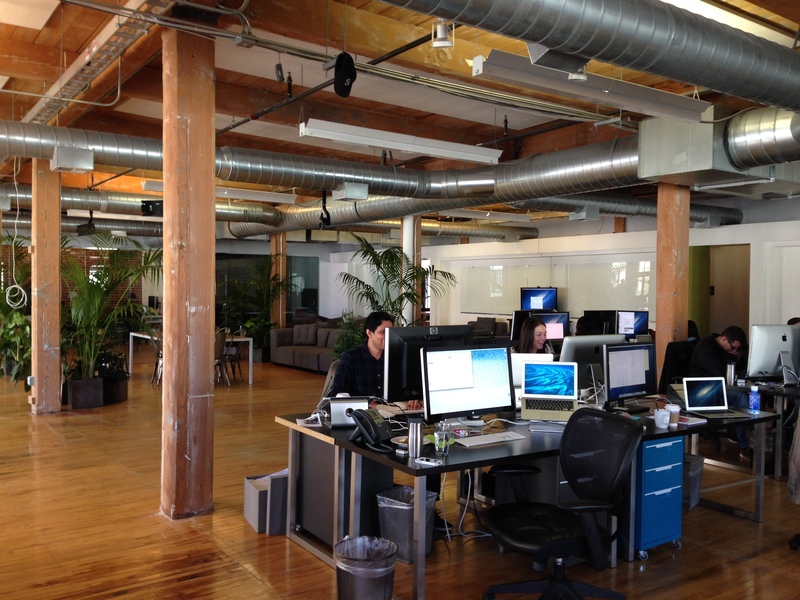