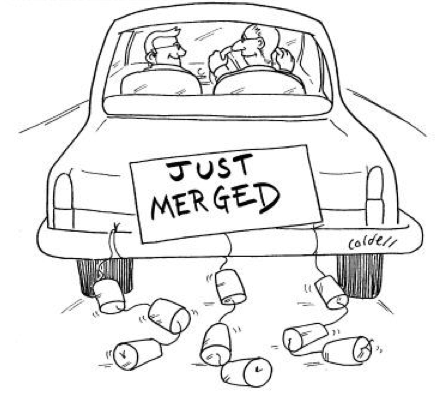 We're thrilled to announce today that humbledMBA has been acquired by 42Floors.  To all of our users out there, we want to thank you so much for being a part of this incredible success.  We've been working on this dream of ours passionately for the past two years.  And we're excited about how much we have accomplished.  With your help, we've put the "humbled" into MBAs everywhere, and it's been our pleasure serving you.

When 42Floors approached us about a possible acquisition, we weren't at first interested.   But as we got to know the team there, we realized that their values were 100% in line with our own.  It was almost like looking into a mirror.  And we realized that with their resources, we were going to be able to spread humility to MBAs everywhere on a much larger scale.

humbledMBA has always been about sharing startup lessons learned the hard way.  In that way, it's pretty unique in that there are no other entrepreneurs currently blogging.  We feel like we've created a new category here.  This whole concept of a lessons learned via web log—or "blog" as we call it—I think it's powerful.  But in order to be truly disruptive, we need to be speaking from inside a startup.  As a part of 42Floors, we have been promised total editorial freedom.  We'll be able to blog about anything and everything that happens in 42Floors even when it goes against the interest of the company.  We have this directly from the founder himself.

Now I know a lot of you are thinking that this is just going to be another Arrington - Huffington battle, and I will admit there is a chance that several members of the humbledMBA team get pushed out over power struggles. But, at the very least that will make for good tech drama. And I think we can all agree that that alone is worth it.

So, starting today the entire team (that's actually just me) will be starting full-time at 42Floors.  All of our blogging will now be posted on 42Floors first.  We will continue to repost here on humbledMBA with some delay.  There are no immediate plans to shut down humbledMBA any time in the future. While we are not disclosing deal terms, we can tell you that everyone on the team (again, just me) and all of our investors (as if) are thrilled with the outcome.  This was far more than an acqui-hire; 42Floors is getting all of our technology (actually it seems Twitter is getting most of that) and all of our customers (note to self: Can users that don't pay be called customers?  hmm. Return to that thought later).

So Long and Thanks for All the Fish.