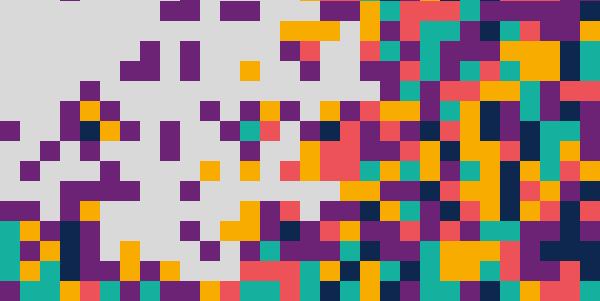 For those of you who don’t know, Jennifer Dewalt just taught herself to code by building 180 websites in 180 days.  The fanfare is coming in from all sides right now from her initial epic Hacker News debut to all the articles and speaking opportunities that are now rolling in.  It’s a regular circus.  It’s the best kind of circus when an awesome person does something awesome and everyone applauds them.

And it’s not just applause, it’s inspiration.  So many people want to teach themselves how to code and seeing her do this has increased their motivation.  But they get hung up.  They don’t necessarily have 180 days to spend.  And more importantly, it seems impossible to muster up the discipline to do something 10 hours a day every day.

I can relate to all of you who feel that way.  I’ve been “trying” to teach myself how to code for years.  I’ve read a couple of books.  I’ve built a couple of websites.  I’ve taken a class.  Basically, I’m stumbling along slowly while Jen is whizzing right by.

So with all that in mind, I thought I’d share a few observations I’ve had while watching her pull this off.  The hope is not necessarily that anyone else will try to do 180 websites in 180 days, but that you may find yourself at least able to accomplish something you did not think was possible.

So here we go…

How to Pull A Jennifer DeWalt

Jen didn’t decide to learn how to code.  She didn’t take a few months off to work on a skill.  From the very beginning, she defined the project with its snappy little phrase, 180 Websites in 180 Days. I don’t actually know where she came up with that (Jen, can you pipe in?), but it had such a nice ring to it that it stuck.  Everyone who heard about it understood immediately what she was going to accomplish. It gave the whole endeavor a sense of importance.

One of the really nice things about the way that Jen designed her project is that every day had a beginning, middle, and end.  She had to come up with an idea, research how to build it, and then get it coded.  It meant that at the end of each day she could point to something that was accomplished.

A tweet went out, a blog post was written, user feedback came in.  These bite-sized segments of work had all this positive reinforcement.  I remember when I was working on Michael Hartl’s Rails book, I would get stuck on a chapter and just give up for a little while.  Eventually, I’d find my way back and persevere through it, but it was a struggle.  I like Jen’s way much better.  She focuses on getting one concrete accomplishment done and then releases it to the world.

Having just watched Jen for the last six months, I’ve come to realize how important it is to be public with a project like this.  Just like I get consumed with commercial real estate, Jen got consumed with her project.  And every time she’d come around to the office, we would ask her about it.  We wanted to know what she was building next.  We wanted to figure out what she learned.  We had feedback for her on past websites.  Not only was there all this positive reinforcement, there was also a sense of accountability because she had laid her goals out to us publicly.  When she wrote her epic blog post on day 115, that effectively cemented her resolve to finish her project because she had literally 2 million + people were rooting for her.

Jen is a natural student of art, always has been.  Whenever I think of websites, I think of functional sites that solve a problem.  But Jen sees an artistic canvas.  I bet if she’d been forced to code a bunch of twitter clones like most ruby on rails textbooks focus on she would’ve gotten bored early. Instead, Jen coded the things she loved which always involves some interesting interplay between colors or movement.  Later, when she already had momentum, she started working on the skills that were harder for her to develop.  I often hear this question when people say they want to start coding, they want to know which language they should start with.  The lesson to learn from Jen is to start with the tool that will help you make something you enjoy making.

Make For the Sake of Making

One of things Jen has proven with this project is she loves making stuff.  At 42floors we actually look for this quality specifically when we’re hiring.  The best people we hire, regardless of what position, are relentlessly making things – at work, in their spare time, side projects, it doesn’t matter.   Jen didn’t make something that had some specific goal of making money or enhancing her career.  But I would bet any amount of money that this project will help her accomplish both.  She is getting flooded with people that are trying to hire her right now (You should recruit her too!).  This world is always craving for people who make stuff.  So for today, Jen is making artistic one day website with colors that blink on and off.   But tomorrow, don’t be surprised to find her working on the internet’s next big success story.

And, finally, a quick reminder that every marathoner knows:  you’ll never get to that finish line unless you can get yourself to the starting line.  The hardest part of any project that involves discipline and perseverance is simply getting started. So if you’re looking for a project that will teach you how to code, try this: