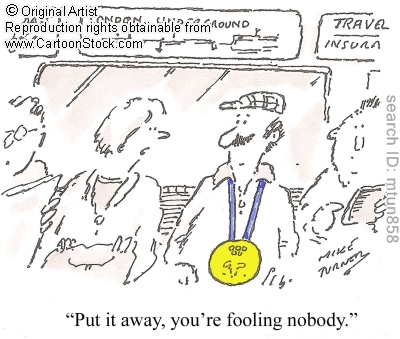 After we closed our Series A for 42Floors, we began working on hiring the right people.

And while we like to say things like we want everyone to be world class at what they do, the reality is that as a startup we can’t afford worldclass. It’s not about the salary, we just can’t afford to have someone onboard  that is focused on just one particular thing.

And that’s weird to say.

But we want to be, during this early phase of the company, really, really good at lots of things and move quickly. And the last part of this sentence is the key there: we have to move quickly, at all costs.

So we would much rather spend 20 percent of our time getting 80 percent of the way there and then move on, rather than get to 99 percent on anything. And if we can hit product market fit faster, we’ll then have plenty of time, money and focus later on to move from 80 percent to 99 percent. So while we want to be world class, we actually don’t want to be yet.

Weird to think of it that way, isn’t it?

One of the decisions we made early on was to only hire athletes. Metaphorically speaking, that is.  I don’t mean athletes as in people who play sports.  Athletes, as in people that can play any position within your startup.  It means someone is first and foremost a generalist. They are guys that think and act like founders because they’re not so locked into one individual role that they lose track of the wider needs of the company. They have lots of good skills that can be applicable all over the company but may not be the very best at any particular one skill.

And most importantly, they are totally and completely adaptive. And in the early stages of a startup when your needs are changing almost daily, you want people not only that are good at being adaptive but enjoy, and even need, their day to day work to change.

A few tips for finding and hiring athletes

Take it easy on the job description
Lots of startups love to create their dream list of bullet point needs. The reality is, if you’re hiring an athlete, they’re going to be able to pick up a lot of the things you need along the way. Focus on potential more than experience.

Focus on makers
Athletes are always making things; they can’t help themselves. So instead of asking what they did at some particular job where they might not have had control of their own time, find out what side projects they’ve done – athletes will have lots of them to offer.

Look for entrepreneurs
Specifically, people who have founded companies and failed. Sure, it would be great to hire entrepreneurs who were massively successful, but I wouldn’t expect to get lots of them coming through your recruiting pipeline for obvious reasons. Entrepreneurs who have failed are really hungry to succeed. Plus, they already think like founders.

Beware of big company types
A huge chunk of your recruiting pipeline will probably be filled with people who have been at a big company for a while and are looking for something new. They are usually very good at what they do and have impressive credentials, but they are often the least athletic you’ll meet because big companies inherently force people to specialize.

One final note. Hiring unproven athletes is scary. You’re choosing potential over experience. It’s the same decision your investors made on you. It’s a good bet.