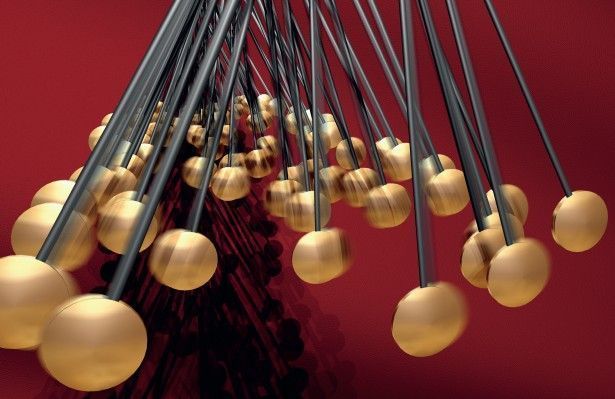 The feeling was palpable.  Y Combinator had sixty-five companies present (42Floors was one of them).  And we saw 500 eager investors, frenzied almost, excited to invest in entrepreneurs.  One investor emailed me four times, texted me three times, called me and sent me a message on LinkedIn -- desperate to get a check in before the round closes.

No business plans, not even pitch decks this time.  One 2-1/2 minute pitch and a quick follow up meeting. Seven figure seed rounds that can be closed within days and oversubscribed 2x to 3x.  Founders with no experience fundraising and no pre-existing networks, making connections with top tier guys. It was really a sight to see.

Let me take you back to Y Combinator demo day, summer of 2009. We launched FlightCaster.  I have this distinct memory of standing in the lobby, seeing these investors talking to each other.  I sheepishly introduced myself, giving them the 30-second pitch on FlightCaster.  They weren't rude, they weren't abusive, but they weren't hungry to talk to me.

There had not yet been a Dropbox valuation. Airbnb had only recently launched.  And Heroku was still a small 12-person company.  The prevailing conversation was about how Y Combinator companies produce features not products.  How the companies had strong technical teams but would need maturity before being ready for a seed level institutional investment.  Even the top 2 or 3 companies of the batch struggled to raise money.

Well that time has passed.  The pendulum has swung.

It's easy to lose perspective.  It's weird to see entrepreneurs compare convertible note caps of 7, 8, 10 million dollars from this lens of low, medium and high.  I see those numbers and I just can't believe that any seed company is receiving a 7 million dollar cap.  None of us could get over 3 in 2009.

The Y Combinator partners have been really good about trying to teach everyone perspective.  They have seen several economic cycles so they know things come and go.  But it's hard to hear that amidst the frenzy of investors clamoring for shares of what could be the next Dropbox.

So a word to every other founder out there enjoying the current (and temporary) good times we all face.  I urge you to go back and re-read my posts about Bubblicious Seed Rounds.  Times are good now but the trough of sorrow awaits.  And it might hit us at a time when the macroeconomics of fundraising are not so founder friendly.  There is currently more capital offered than capital needed.  And that shift in supply and demand has had inevitable results in terms of valuations.

It should not, however, have an effect on the way in which we treat each other. The following may be preachy or even cliché (and the best of us don't need to hear it).  But we entrepreneurs are all part of the same startup ecosystem.  And what one of us does, affects the rest.

How We Need to Conduct Ourselves in a Hot Market

Even in the toughest of my fundraising attempts of the past, when I received literally thirty no's in a row, no one was ever disrespectful to me. In fact many of those investors who turned me down went way out of their way to help out.  Now we're in a time when we get to say no to investors, but we must still be respectful of them.  The startup world is very small, and we will all be working together for a very long time.  The manner in which we conduct ourselves now will not be forgotten, good or bad.

Optimize on People, Not Price

These caps are just astounding.  Ten million, twelve million, fifteen million?!!  This is just craziness.  Yes, it is your job as a fiduciary of your company to do what's best for your company.  And often that means achieving a high price for your shares.  However, valuation or cap remains only one component.  If you are trying to build a big company, one that will last through four or five rounds of funding, and go on for the next 8 years of your life, the value of the right partner will far exceed the marginal equity given up right now.

At 42Floors, I know that we will be selling our shares at a high price.  But I tell every investor that valuation is no where near my top concern.  And I mean it.  This is not an EBay auction where top price wins.  We're looking for long-term partners and the cap table math shows that the marginal difference between this cap and that cap doesn't really matter in comparison to how big we build our company.  We want to build a billion-dollar company.  There are very, very few people who have done that before.  And to get them on board, they need to offer an equity stake that reflects their financial and emotional buy-in as an owner.

Your relationships will be an incredible asset for you.  But it's very hard to start a long-term, trusting relationship when you put the proverbial gun to the investor's head thirty minutes into a first meeting and require a check or you're walking.  Yes, you have plenty of options and you don't technically need their money.  Choose carefully.  You want to really know each other.  When that time comes and you need a bridge to your next round, you want those investors to think back fondly to how they were treated at the beginning of the relationship.

Right now the convention seems to be you raise 1.2 million in a seed.  I don't know where this number comes from.  When I look around at my friends that raised 12 months ago, I keep seeing the same thing. They're down to a couple hundred thousand dollars and their product is doing well, but not gang busters.

So where are they?  Are they ready for an A round?  No, not really.  They don't have the metrics for it yet.  So they need a bridge, then.  Yeah, but bridges are really hard to get, especially when investors feel they overpaid for a tiny piece of equity in the seed round.

If these startups had seven hundred thousand dollars in the bank instead of two hundred thousand dollars, they wouldn't be out fundraising.  They'd be out moving their company forward and would be getting to that A from a position of strength instead of limping into a bridge.  Raise more money now.  Take the hit on dilution.  With prices as high as they are, you'll never regret it.

One of the incredible things that convertible notes did for us over the last two years is virtually eliminated the risk associated with simultaneous closes.  No longer do we look for lead investors as we cycle through people that are willing to write checks once a lead is in place.  With Series AA financing docs, you don't even have to negotiate terms anymore.  And what used to be a two-month process is for many companies now a five-day process.

The problem with raising your 1 to 2 million on convertible notes is that those valuation caps are not valuations, they're caps.  If your company blows it out of the water, you'll be just fine no matter what.  But if you're like the 80% of companies that are in the middle, then you run the risk of having a priced round down the line that is below the cap.

Shut up and get back to work.

Once you close that round and you get your Techcrunch hit, it's all now in the past.  Having a syndicate of all these famous top-notch investors doesn't magically create great products.  The only metric that matters now has a binary outcome.  Have you built something that people want?  If yes, prove it.  If no, you didn't make it.  The name of your investors on your crunch base page, the number of followers on your Angelist profile, and the cap on your valuation— all will have no relevance if you fail to delight your users.  For this one period of time, fundraising is fun.  But now more than ever it's time to prove you're worth it.  Go do something incredible.

The pendulum has swung.  For now.