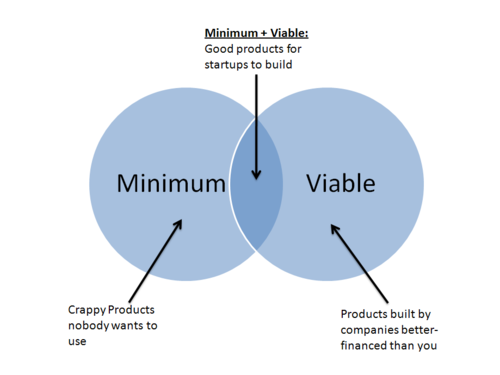 Startup buds!  Listen up...We're starting to get some flak for going a bit over zealous on the minimum viable product strategy.  Robert Scoble just ripped into us for approaching him with too many poorly-constructed concepts that are not ready for the light of the day.  Dismiss his criticism at your own peril.  I think he was right.

Reid Hoffman's Rule #6 is "Launch early enough that you are embarrassed by your first product release."  He's also right.

What's an entrepreneur to do?

They're both right.  We need to be presenting far better first versions to the world AND we need to be launching much much earlier.  I wanted to give you a little view into how we tackle this issue at 42Floors.  If you go to 42Floors right now, you won't be impressed.  Sorry.  We're not ready to show what we're building to the whole internet world yet.  We have, however, been showing our product to lots of people in the commercial real estate industry.  They contact us on AngelList and we give them access to a private site and get their feedback.   Here's a frontpage that we've heavily tested with commercial real estate professionals: 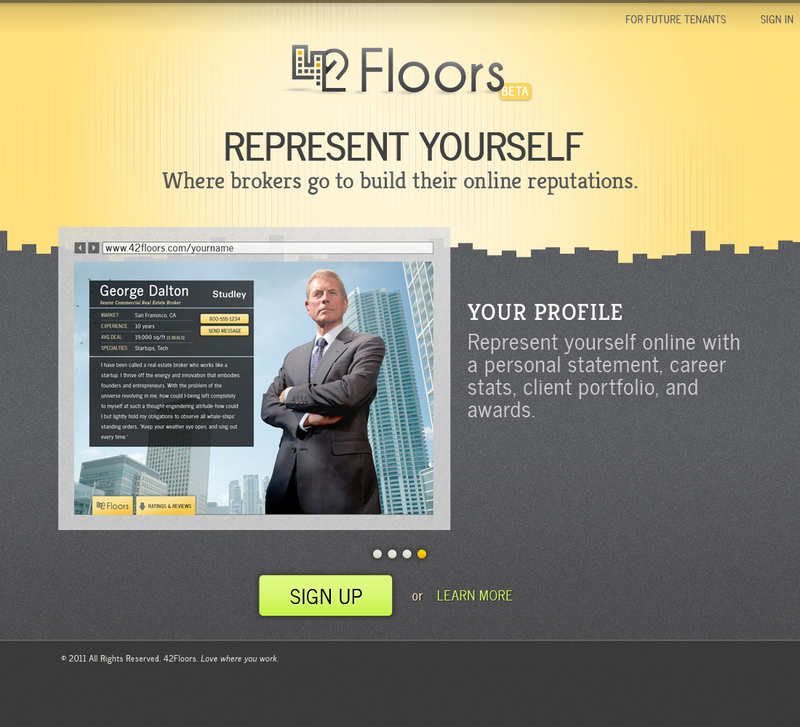 We built this front-end and showed it to the real estate community.  We didn't scream "This is only a mockup!".  In fact, we alluded to quite the opposite.  We did everything possible to not show that we hadn't even started the back-end yet.  This is not beta testing, it's not even alpha testing.  It's fake website design testing.

Good customer development is filming the trailer and then deciding whether to make the movie.

We got tons of awesome feedback.  Brokers liked some aspects but not others.  Tenants had very different impressions.  We told them to be brutally honest with their feedback and they certainly were.  And we, in turn, were not emotionally attached to our product in the slightest.  This was full-blown hypothesis-testing mode for us.  Want to know the best test of whether you're actually in hypothesis-testing mode or simply going through the motions?

And oh, man, have we thrown away code.  This front-end failed our tests.  The front-end above is not at all what 42Floors will be doing as a company.  It's actually from earlier this year when we were still searching for our product.  We threw it away.  When we iterate early on as a startup, we don't hesitate to try new things and that means throwing away old things.  It's soooo much easier to throw away code when you don't have a full-blown code base.  The emotional attachment to that sunk cost is very real.

It's also very tough on morale to throw away something that's fully built.  One of the reasons we've iterated so quickly is that we never built the back-end.  We're now deep into our latest iteration and it's the one we'll launch with...soon!   When we do show you all what we've built, I'm certain it'll blow you away.  I can say that with such confidence because I have real data from all of our hypothesis-testing.  Paul Graham tells Y Combinator companies to launch when they provide a full quantum of utility.  When we launch, we will only be doing 1% of what we have planned, but that 1% will make some people in commercial real estate very very happy...so happy that they'll pay us money on day one.If you're into commercial real estate, contact us now and we'll share it with you.  For everyone else, go ahead and follow us on AngelList and we'll keep you updated.