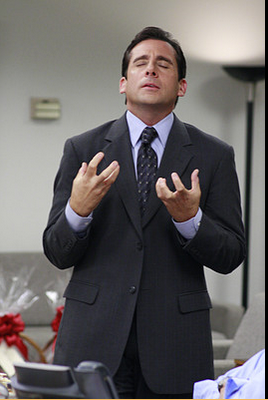 Actually, it got pretty real quite a while ago, but I’ve been slow in adapting my work style.  In the early part of 2011, we were trying to figure out exactly what 42Floors was meant to be.  We knew we wanted to solve commercial real estate search.  Actually, no . . . at that point we didn’t even know that.  All we really knew was we hated the entire office space search process and we wanted a better solution.

That early phase when we were not yet a company was really just fun.  I worked on getting my broker’s license and meeting with lots of people in the real estate industry.  I learned about how brokers do their jobs and talked to frustrated prospective tenants.

Having barely rolled off of FlightCaster's acquisition, I was also trying to recharge my own batteries.  I did a stint of “work-cations” where I set up shop in awesome places across the country.  I can tell you now nothing beats working from Maui.  I also gained some perspective by spending time outside the Silicon Valley echo chamber – like my trip to Tupelo, Mississippi.

I worked with a fantastic group of volunteers to put together the NFTE Launch program and together we mentored a group of aspiring entrepreneurs.  I spent a lot of time biking and rock-climbing with my then girlfriend (now fiancé).  Clearly that was time well spent.

And I talked to hundreds of entrepreneurs about their own startups and tried to be as helpful as I could.  It was a really cool time.  In my five straight years of doing internet startups, it was easily the most enjoyable period I’ve ever been through.

But now 42Floors has some serious momentum.  We’ve gone out and attracted a ridiculously awesome set of advisors who have given us not only their guidance, but our initial capital.  Our product is now mostly built.  So, now it’s time to really focus.  We’ve already gone to the mats and are living and working out of our startup house in Redwood City. Now it’s time to really focus.  We’re moving hardcore to what Paul Graham calls the Maker’s Schedule.

Business people in Silicon Valley (and the whole world, for that matter) have speculative meetings all the time. They're effectively free if you're on the manager's schedule. They're so common that there's distinctive language for proposing them: saying that you want to "grab coffee," for example.  Speculative meetings are terribly costly if you're on the maker's schedule, though.

Talk to users and write code

Paul Graham always describes such important concepts succinctly.  When I wrote my post, Don’t. Waste. Time., it was following some advice that he had just given that the only tasks worth doing before launching are talking to users and writing code.  So that’s what we’re doing at 42Floors.  That’s our overwhelming priority.  Anything that does not fit into those two is going to have to be de-prioritized.

In the glory days of mid-2011, I would take a meeting with just about anyone.  They kind of broke up the day nicely.  But now that we’re so focused, a planned meeting on the schedule really disrupts our ability to execute.  So, I’m sorry.  It’s really, really difficult for me to schedule a meeting right now.  Talking to you is important, but right now we've decided that writing code and talking to users is the more important.  I really am sorry, but I’ll try to catch up with you all again once we get this thing launched.  Thank you so much for understanding.

Again. Sorry.  I just can’t do it right now.  Don’t take it personally – I don’t want to blow you off – but I’m focused.  I promise I will catch up with you once it’s launched.

Our AngelList profile is off the hook right now: hundreds of followers, introductions flowing in.  It’s a really, really cool thing.  But I just can’t do it right now.  Hopefully, if you’re interested in investing in us, you’ll be even more interested when we make further progress.  Please still do reach out and I promise I’ll be back in touch when we’re ready to talk financing.

Things That Won't Change on a Maker’s Schedule

Actually, I’m exercising now more than ever. During FlightCaster, I took such poor care of myself during our launch that when the stressful times hit, I felt crappy mentally and physically.  So this time, we’re über focused on health and I try to work-out four to five times a week.  Totally worth it.

Time with the fiancé

After taking care of myself, the next most important priority in my life is spending time with my fiancé.  We continue our weekly date night where I don’t check my email or spend (too much) time thinking about 42Floors.  Of course, she’s in the commercial real estate industry so we do end up talking about 42Floors...  She is incredibly supportive right now and has given me the time and freedom to do this, but it’s not like that is time when our relationship stops.

Actually to be clear, it easily could’ve been given up and almost was.  I decided to hold on to it.  I also found that it’s a really good mental activity for me because it allows me to think creatively about something other than 42Floors. And like being in a good work-out routine, it’s actually returning good mental energy to me.

I don’t ever mess with my sleep schedule.  It’s simply not worth it for me to pull late nights.  As many of you know, I have horrible insomnia, and I’ve done an incredible job of almost a hundred percent managing it.  This time, more than any other, is when I want to be maintaining stable sleep habits.

I won’t schedule any meetings with anyone who wants to chat (sorry), but I still do talk to entrepreneurs.  My system right now for speculative meetings is to just ask for a number, and then I try to reach out by phone whenever the timing is right.

I started this a few months ago, and it has actually worked out really well.  With only a few tries, I almost always am able to reach someone at decent time. So, if you want to talk startups and it can wait a few months, that would be the best; but if not, go ahead and reach out.  But, please be patient while I get back to you.

So, a note on efficacy:  this system is totally working.  Our productivity as a team right now is massively higher than any other point in the year. Not like 10 percent or 20 percent more productive—like 3x to 4x more productive.

So thank you all again for your patience and understanding.  I truly appreciate it.   I hope that you love what we have created.  See you soon!