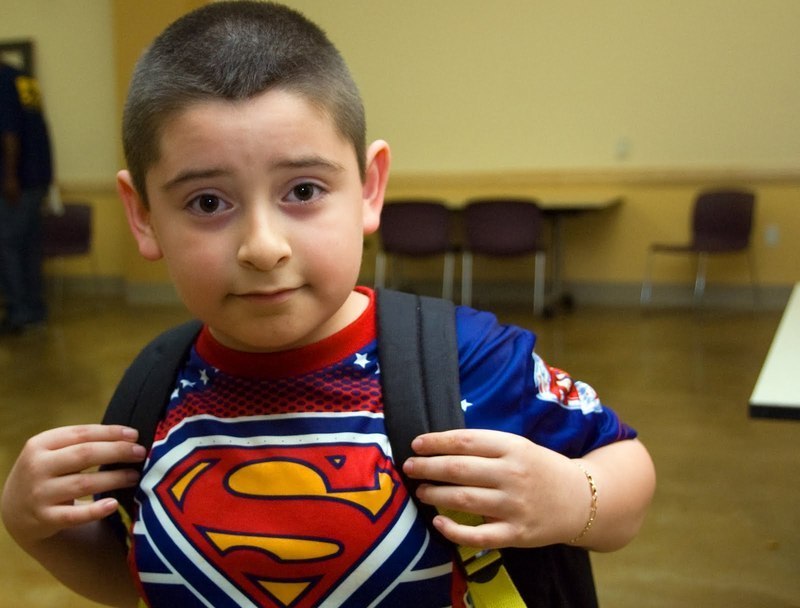 This post will be a bit of a departure from what you guys are used to seeing from me, but it’s super-important to me personally, and I wanted to share it with you.

I’ve watched in admiration as my brother Andrew Freedman has worked in politics the last few years.  My brother is a campaign director of Colorado Commits to Kids, which is an amendment in Colorado that fixes Colorado’s educational system. If you are at all interested in fixing public schools, not just in Colorado specifically, but throughout the country, I think it will be worth your time to read this post.

The public education has some truly massive underlying problems. Hopefully most of you by now have seen Waiting for Superman. This clip below really got to me:


What Waiting for Superman did is it helped bring into the public sphere of debate that fixing education is not just a monetary issue.  It’s not just a try harder issue.  You can’t address public education unless you address the fundamental problems with how we hire, pay, promote, and fire the teachers that teach our kids.  The problems just feel so intractable.  And no state ever seems to make enough progress to prove their model is better.

For maybe the first time ever, one state has taken a swing at hacking public education in a truly comprehensive way.  It’s Colorado.  It’s Amendment 66, and they’re calling it “The Grand Bargain” because for the first time, anywhere, they got both the reforms right:

— PAYS for school reforms including a revised teacher-tenure framework
— COUNTS students throughout the year, instead of on a single day, so head-counts for funding are more accurate.

And the funding right:

— INCREASES state school funding by about $1 billion a year.

That is virtually what all of Waiting for Superman was requesting. So how did Colorado get it done?  Well, they deployed a really unique mechanism that hacks their own system. They got the legislature to approve a bill that puts all the reforms into place, but it only goes into effect if it’s funded.  And then they put the funding mechanism in the hands of the voters.

If Amendment 66 passes, it will become the blue print for solving education problems in every other state. It’s that big of a deal.  The NY Times just made that point:


Arne Duncan, the nation’s education secretary, has said that the success of Amendment 66, which is what voters will weigh in on, would make Colorado “the educational model for every other state to follow.”


The vote is Tuesday, November 5.  The referendum right now is polling 50/50.  Those that are against the referendum generally cite the tax increase as their biggest complaint.  Not a single income tax increase has passed in Colorado in over 20 years.

Proponents generally fall into two different camps:  those that are pro-funding public education and see Colorado’s 40th position as something that needs to be improved no matter what, and those that are philosophically in favor of the types of reforms spelled out in Waiting for Superman.

I fall into that latter camp. I think there is a real chance the Colorado’s system could change everything. So really what is at stake is not just Colorado’s educational system, but potentially decades of reforms in every other state.

And that’s why this is such a good hack. It’s a chance for all of us in our own states to see a truly grand experiment in education take place. And if there is anything we need nationwide, it’s more big swings at fixing a system that has been broken for way too long.

***
We need to make sure that people we know in Colorado go out and vote. It’s a mid-term election year so the voter turnout is predicted to be low and generally in mid-term cycles the youth count is especially low.

This is one those times when liking something on Facebook actually could matter. So at the very least, go like the Amendment 66 page on Facebook, as well as share a bunch of their videos with your Colorado Facebook followers.  With the election tomorrow, we can actually play our part and reach out to our friends directly – like right now, and remind them to make sure they got out and vote YES on 66 tomorrow.