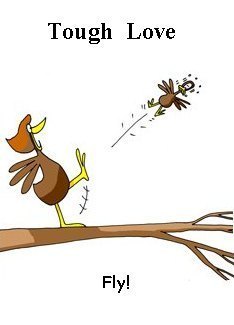 In my first company, I had built a polling application that was doing decently as a social website on college campuses and as a Facebook app.  We were working hard to think of new ways to acquire customers...classic B2C type stuff.  We had some connections to IBM and we started talking with them about how we could sell them on our platform.  Somewhere along the way, we thought that this app could be a great fit for enterprises as well.  Some kind of internal productivity app.

Let me repeat that.  We were going to sell apps to IBM.

IBM toured me around the company with tons of conference calls.  I made proposals, calculated estimated costs, built mockups.  I worked my ass off.  I reached out to my advisors for help on the sales materials to make them perfect.  As money in my company was dwindling down, I stopped paying myself.  I was on the verge of closing a deal with IBM and optimistic that we would make it through.  We eventually did run out of money, so I funded the company a few more months on my own.Finally, I pushed for a go/no-go meeting with IBM.  After months of talking and lots of excitement, my IBM contact said they were still interested by wouldn't have a budget for the product.  They said check back next fiscal year. A sad ending to my little company.  We struggled another few weeks on our B2C strategy.  But we were done.  And it was my fault.Not because I failed to close IBM.  I know now that we were never going to close IBM.  IBM doesn't do deals with startups.  They were happy to give an eager young entrepreneur a bit of their time, but they never had any intention of writing a check for our services. I should have never gone down that road at all.  Who knows if we would've been successful with our consumer apps, but I can say for sure that we would have had a better chance of success if we hadn't gotten so distracted with IBM. Now, I know as an entrepreneur, I'm supposed to break down walls and do things that others don't think is possible.  But seriously, was this really the best use of our time?  I had no experience with enterprise software or B2B sales.  Our product wasn't even really a good fit.  AND IBM?!  With 20/20 hindsight, I can't think of a worse company to sell into.  They're big.  They're slow.  And wait for it...they're a fucking tech company!  Why would they ever need our help? To be clear, this little strategic misstep was 100% my fault.  I pushed for it.  I was naive.  And I paid the price for my suckiness.  But I got so much help along the way.  Advisers that proofed my proposals, answered my questions.  They mentored me.  They cared about me and wanted me to feel good. This is hard to say, but I wish they had believed in me less.  Encouraged me less.  Supported me less.  I wish someone, anyone, had put a stop to my foolish ideas.  I'm incredibly confident and stubborn.  I believe I can do anything.  So additional support is kind of wasted on me.  What I really needed is someone that could break through my confidence and tell me straight that I was being an idiot.

It is possible to be this type of adviser.  I now ask better questions of my advisors and explicitly welcome their roughest criticisms.  I gravitate towards those advisers that rip into me with skepticism and challenging questions.  One of my oldest friends has been that adviser for years.  He never believes a word I say.  He pushes me to be better.  I love that. 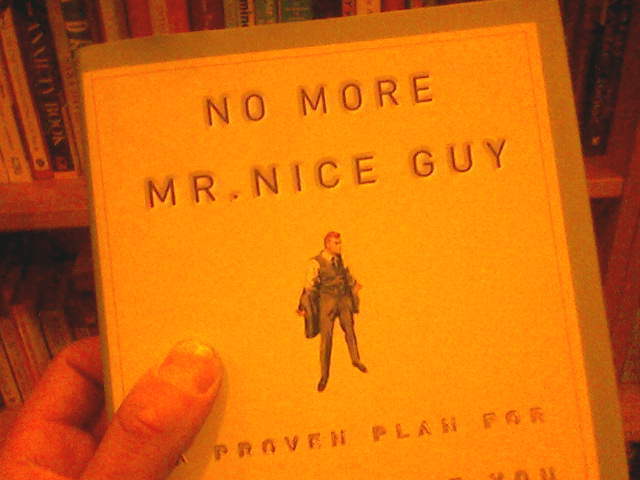 Now, when I advise entrepreneurs, I try to help in any way I can.  If I don't believe something, I don't hold back.  It's not easy.  I actually would rather be supportive, but I know that the marketplace is not supportive.  It's unfeeling, never satisfied, and totally merciless.  Better to get tough feedback now, rather than fail later. I've been working with one young entrepreneur that is starting a fundraising round and wanted advice on his pitch deck.  He's waaaaaay too early to be fundraising.  He should be spending 100% of his time building his product and pursuing traction—not wasting time with endless coffee chats and pitch deck making.  He's a stubborn guy (most good entrepreneurs are...) so it was pretty hard to get through.  But, man did I rip into him.  I mean, he came to me for advice, so I wasn't going to hold back. I felt bad afterwards.  And for a minute, I wished that I had been more supportive.  But only for a minute. This was his response the next day:

Thanks for the advice a few nights ago, it was a much needed smack upside the head.  Thanks for being the voice of reason--a lot of our friends gave us good tips on how to make a nice pitch but you're the only one who was like "what are you doing? why do you need money? stop this!" and it looks like that is probably the right question.
I'm not a dick.  I'm direct.
(Though I admit, it can be hard to tell the difference)
***
To all my advisors:
Thank you so much for all your support.  I really do appreciate it.  You're an incredible part of my life and I hope, if you just read this, you don't view me as unappreciative. And the next time you beat the shit out of me with your skepticism...Thank you.